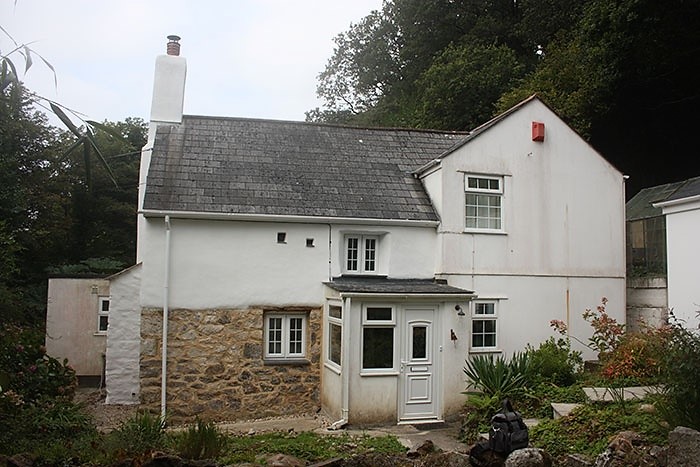 This beautiful cottage was, from the outside, squared off to resemble the block built extension it later gained. There were clear signs of low level damp due to ineffective drainage in place and, in areas, layers of impermeable cement render.

On the de-cladding of the cottage we established the cob was built from first floor up on most of the property, with random repairs of brick and stone in places. Minor repairs to the cob substrate were carried out, lintels replaced and a Lime render introduced. We tried to keep as many of the original features as possible and in doing so we re-pointed, in lime, the low level stonework.

On the chimney elevation a mixture of Lime applications were introduced.

Once the Lime applications had been completed, a St Astier Lime-based breathable paint was applied, facias replaced and existing water run off pipes were connected to the newly introduced water system.

If you have a Cob Wall Repair in Coombe or St Austell and would like to discuss your project please, Contact Us.