How to make a Cob brick

We have recently written a blog on Constructing with Cob, but in order to do this you will need to learn how to make Cob! Making Cob the traditional way can be a lot of fun, so let’s have a look at how it’s done. 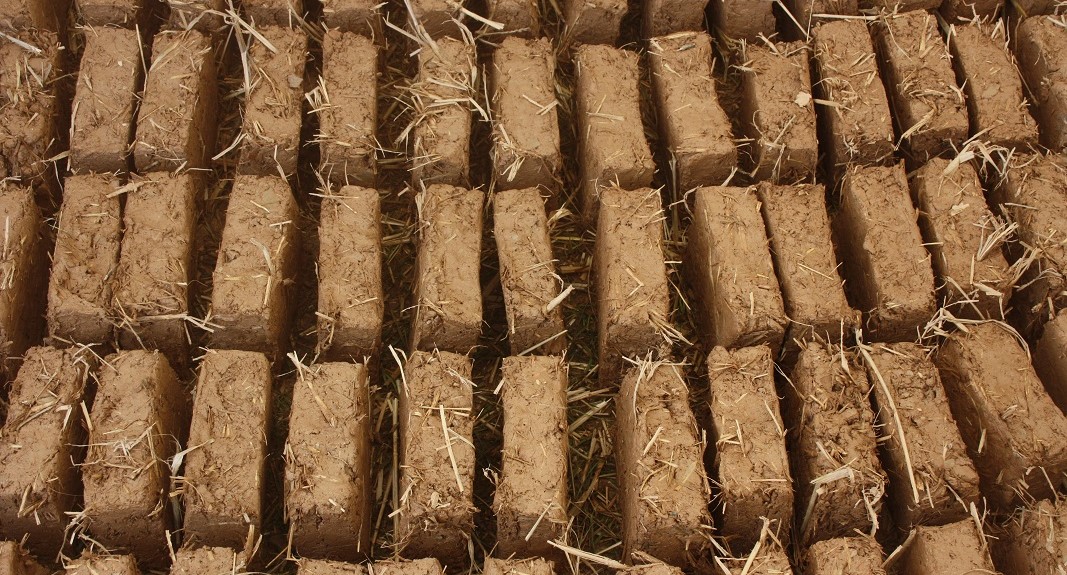 What you will need:

Subsoil - The soil beneath the thin layer of top soil is called subsoil. Subsoil has very little organic material and should be rich in clay, and this is what you need to make Cob. Clay is the binder that holds all of your materials together. When clay is wet it is sticky and pliable, when it dries out it is strong and hard.

Straw - Straw is the fibre of the Cob. During the mixing process, straw acts as a conduit for the distribution of clay and binds the mixture together. Commonly, barley straw is used in Cornwall cob walls. Wheat straw, generally a thatcher’s favourite, is considered too brittle for cob making.

Water - This is the crucial ingredient in Cob as it turns your clayey subsoil and straw into a sticky, but workable building material.

A Mould - This can be made out of wood into the size you want your Cob brick to be.

Tarpaulin - This is an ideal surface to mix your ingredients on and for turning your materials during the mixing process.

1. Lay out your tarpaulin.

2. Distribute your clayey subsoil and straw on the tarpaulin. 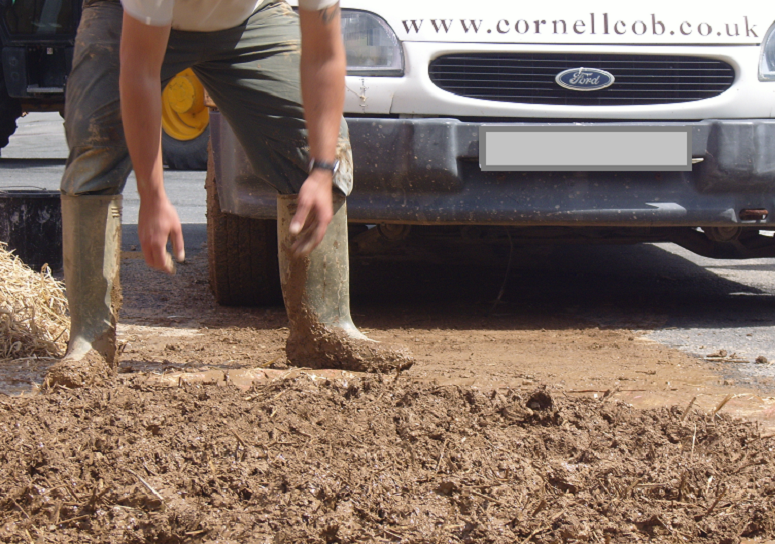 3. Add some water to your mixture and get your feet dirty by stomping the mixture together.

4. Turn the mixture from time to time to ensure it is mixed well. 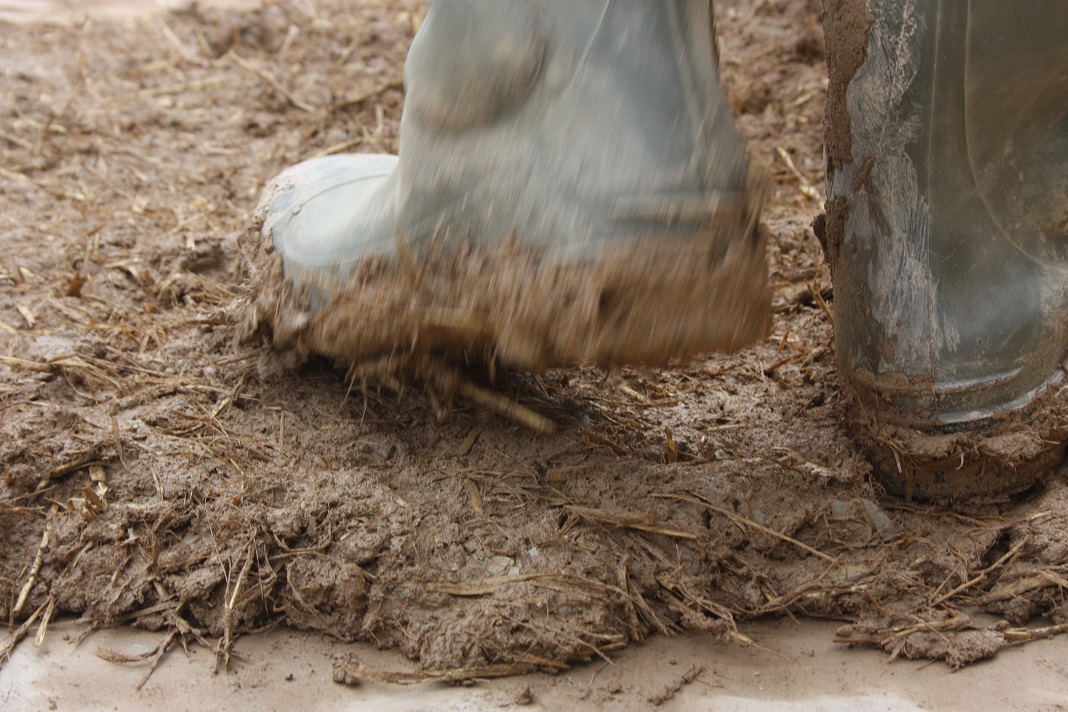 5. During the mixing process add water, as needed, to keep the mixture manageable.

6. When the clayey subsoil, straw and water is thoroughly mixed it can be left to ‘mature’ for a day before use. 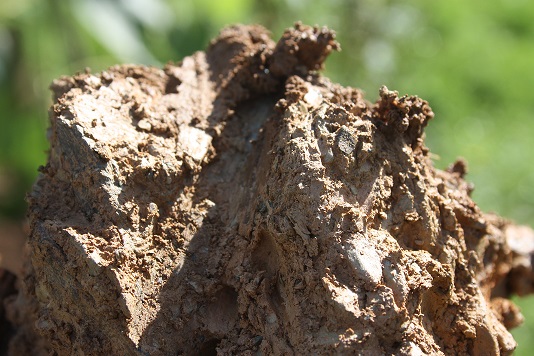 1. Fill your mould with your Cob, ensuring the mixture is compacted.

2. The Cob can remain in the mould for a day or two. 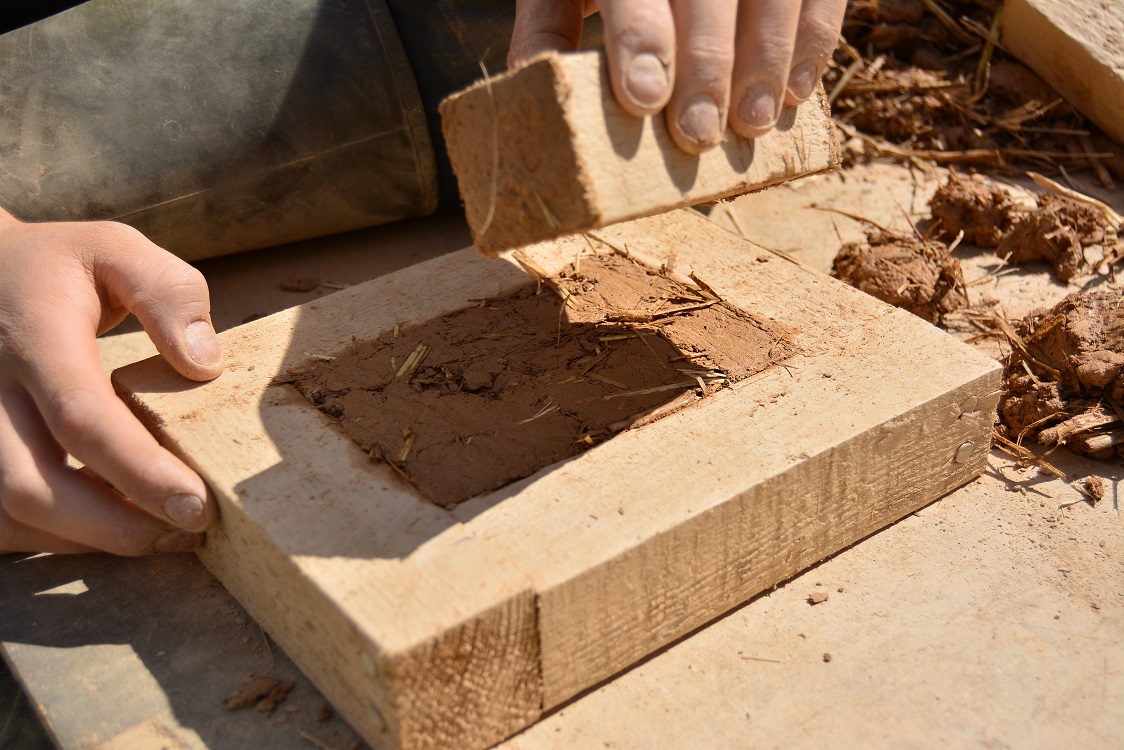 3. Release the Cob brick and allow to dry in an aerated environment for at least 2 weeks.

4. If achievable, leave your cob bricks in the sun (but not in the rain)! 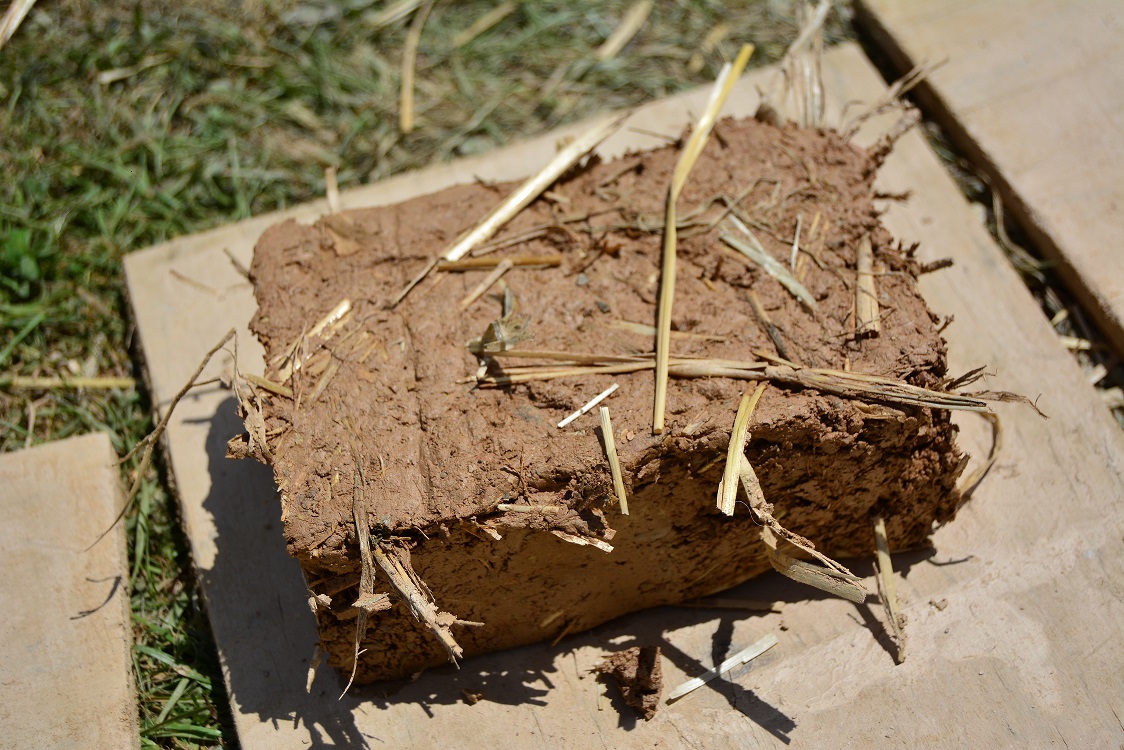 For more information about Cob, please visit our Website.