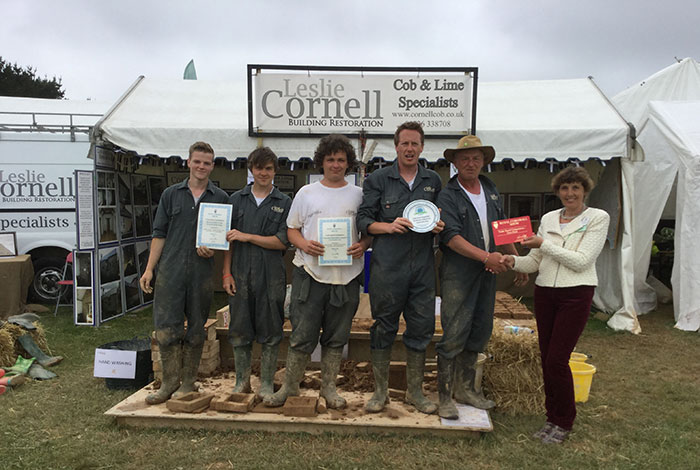 For several years now, we have taken our demonstrations of cob mixing, cob brick/block making, clay plastering and general muddiness to various events in and around Cornwall.

We actively encourage participation from anyone who has an interest in cob and this has proven to be the catalyst of our successes.

In particular, our Royal Cornwall Show demonstrations are incredibly popular, culminating in Best Trade Stand winners Four times, most recently 2017. Our teams' effort every year is amazing and these awards are very rewarding to us all.

However, it's not all about being 'Best in Show', we pride ourselves on sharing our knowledge of cob and educating those who are not so familiar with the numerous benefits that cob and earth in construction achieve. In addition to the Royal Cornwall Show, we have demonstrated for Country Fairs, Steam Rallies and Schools. 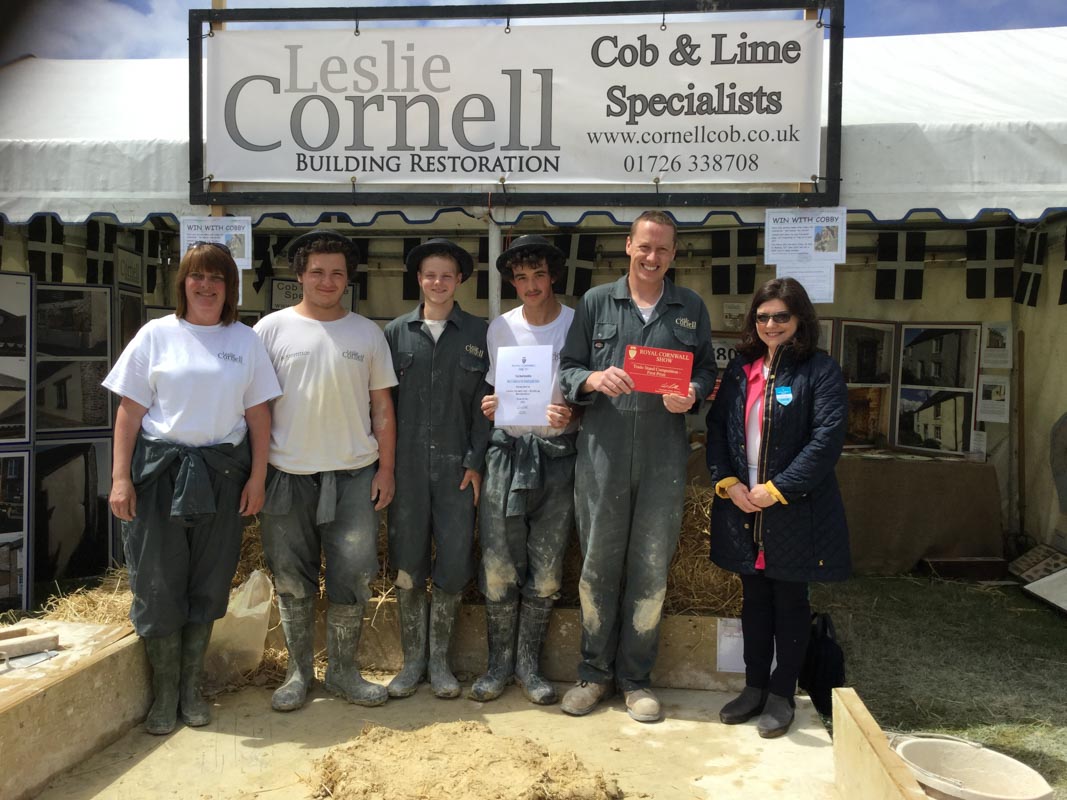 2017 was another successful year at The Royal Cornwall Show. 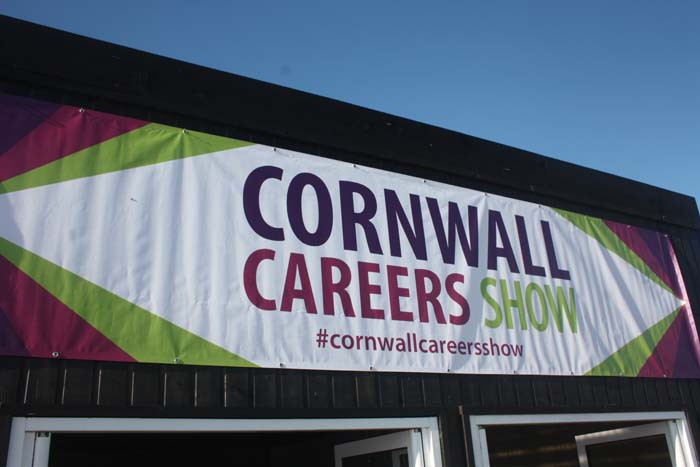 In early 2015 due to the success of our Cob in Schools Programme we were invited by EBP to the Cornwall Careers Show.

Design and Build an ECO Home 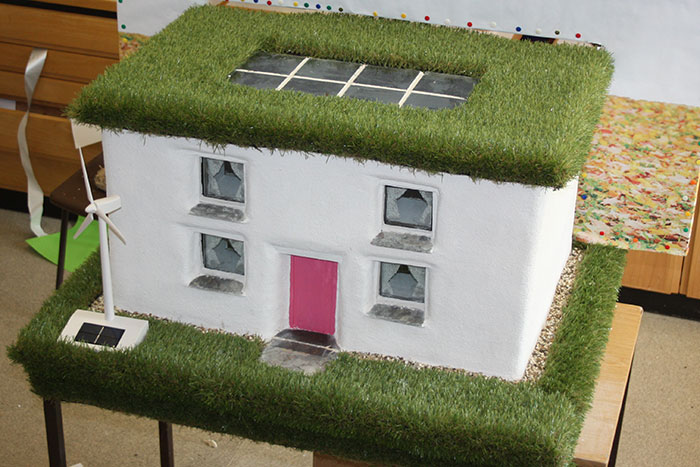 In November 2014, we were invited by Cornwall Sustainable Building Trust and Cornwall Learning to demonstrate the process of making cob for a local primary school – Pondhu School, St Austell. 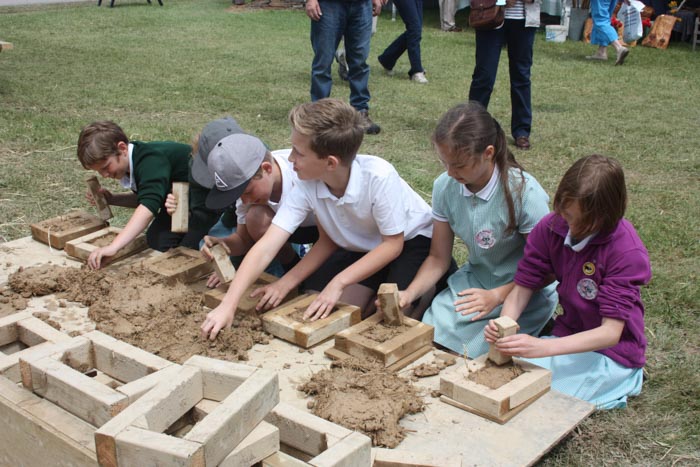 For the second year running we, Leslie Cornell Building Restoration Ltd, received the award for Best Trade Stand in The Countryside Area 2015.

2014 was another successful year at The Royal Cornwall Show for Leslie Cornell Building Restoration, Cob and Lime Specialists. 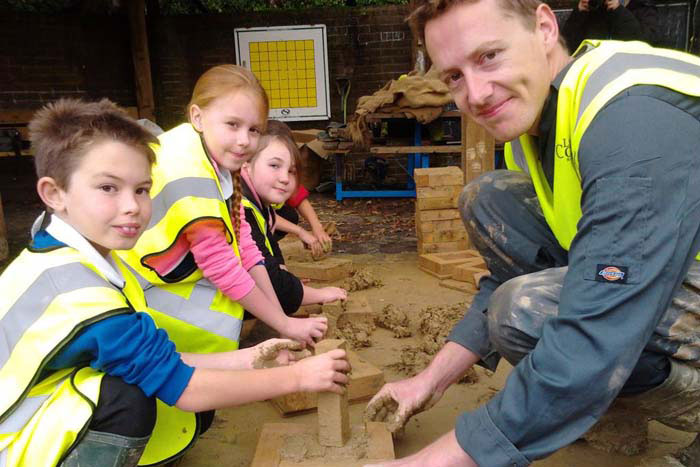 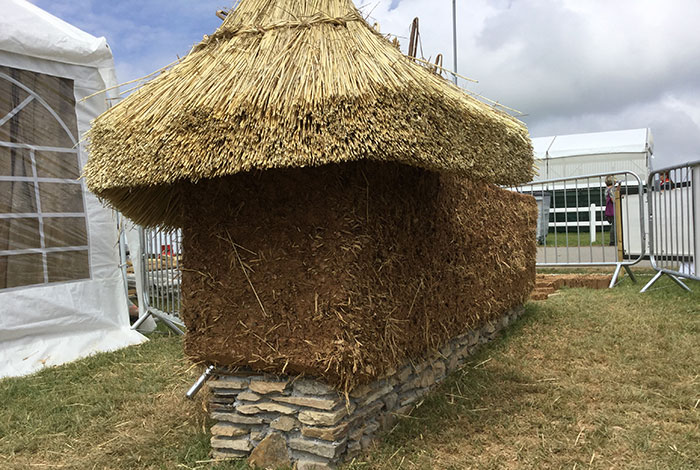 2016 was another great year for the team at The Royal Cornwall Show.