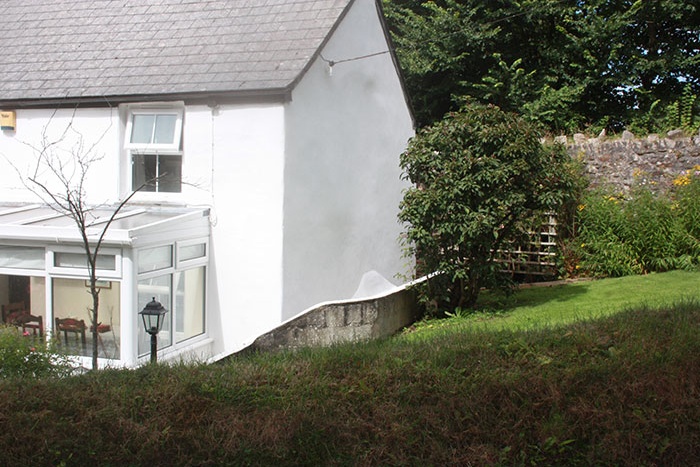 As cracks appeared in the external cement render the on the gable, the Cob Substrate became exposed.  Our remit was to remove all cement render on the external gable of this old property in Cornwall and to reveal the cob chimney, flue, stonework and existing cob and re-render using lime. 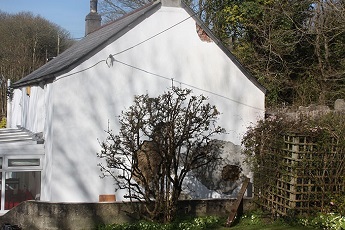 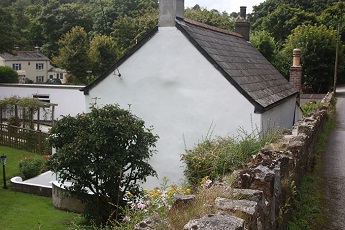 There was a minor cob repair to be made on the cob chimney, in Cornwall, which consisted of cob block/bricks bed on a lime mortar. 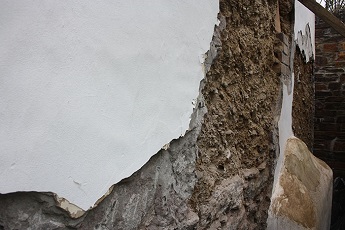 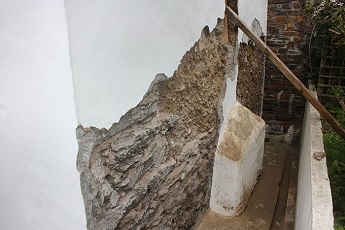 We then, having removed all existing cement, applied a 3-coat lime render to the revealed, brickwork, cob and stonework.

Once completed and allowed to dry naturally, a 4-coat St Astier lime based paint was applied to give its white finish and continuous breathability. 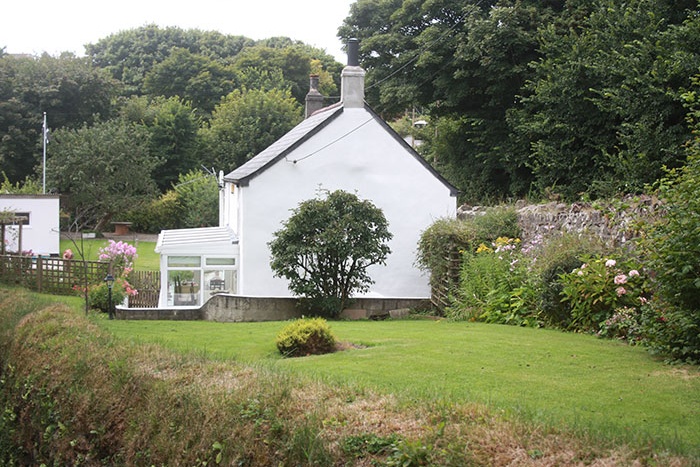 If you have a Cob Chimney Repair in Cornwall and would like to discuss your project, please Contact Us.