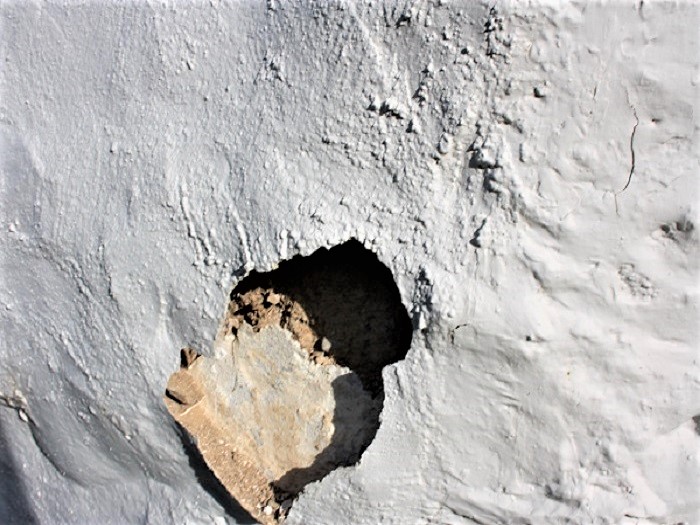 The owners of a traditional Cornish Cob Built Cottage contacted us as, out of the blue, a hole had appeared in the render by the main door of their cottage. The render had expanded into a bubble and eventually cracked exposing the Cob substrate underneath.

We visited the property to the southeast of Truro and discovered that the property had been clad using a cement-based render, which can have the effect of essentially suffocating the Cob substrate.

No moisture could get in, but conversely it couldn’t get out either. This led to moisture collecting behind the cladding causing it to swell and eventually crack exposing the very fabric of the building. 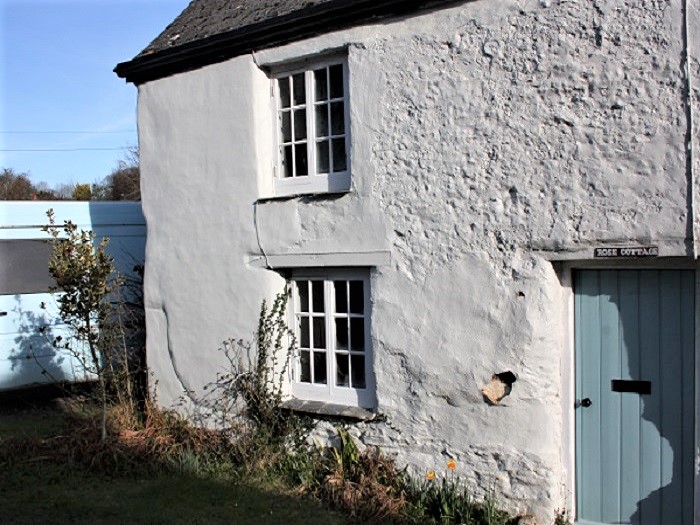 The external cement-based cladding and layers of impermeable paints were removed carefully using only hand tools and then a 3-coat Lime render was applied using a Natural Hydraulic Lime and Sand Mortar.

Although the cement cladding worked for a while, it eventually broke down because of the very fabric of the house. In modern buildings this is unlikely to happen but in old properties, especially those constructed of Cob, the cement render will never have the cohesion and longevity of a Lime-based breathable application.

Not only does the new Lime render in Cornwall allow the property to breathe it will help the building to remain dryer, it looks good too.

The render is yet to be Lime painted to match the rest of the house, which has little to no effect on the Preservation of this Cob Cottage in Cornwall.

If you think your house could be suffocating and you would like to discuss Lime Applications in Cornwall, please Contact us.